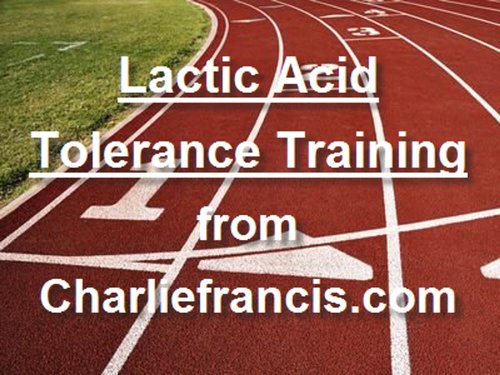 This book is a collection of almost seven year's worth of discussion from within the forums of the www.charliefrancis.com website about speed endurance training, (Lactic Acid Tolerance Training) especially as it relates to 400m running. This discussion took place between some of the best sprint training coaches from around the world, beginning in 2004. The book is a tremendous wealth of information including many posts from coach Charlie Francis. What makes this one of the best discussions of Lactic Acid Tolerance Training anywhere in print is the open back and forth discussions between Charlie Francis and the coaches who have followed his work for decades. Also included is the discussion of methods used by elite athletes from the Soviet and East German era. This book is a one of a kind reference piece for any serious athlete and coach whether they are training for the 400m or any other sport where speed endurance is necessary such as hockey, football, soccer/ football or rugby. Athletes whose bodies can adapt to performing with lactic acidosis and who can tolerate the pain of acidosis can perform better for longer.
The material is very much the free form banter that was captured on the charliefrancis.com site. We have organized it ever so slightly into some headings such as the first “Regarding the 400m” but the back and forth banter of the experts was limited to just displaying their site handle initials. For example Charlie Franics is only identified as “CF”. The book is not intended to read as a story or as a tightly woven together, edited version of the information. It is the raw writing from some of the best minds in world class sprint coaching. There has been no attempt to correct spelling or reformat the postings.